As A Fire By Burning 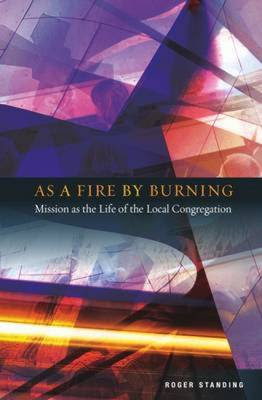 
I was excited when the book arrived, I’d been waiting on and off for its eventual publication, though in recent months I’d forgotten it even existed!


My excitement at the arrival of the book, was not actually for the book’s sake, necessarily, but for the memories it brings back and the challenge it offers to me.


The book is a helpful (from a first buzz through) set of chapters about how mission is firmly rooted in local congregations. There are contextual stories about mission, 18 of them. This is then followed by a lengthy and exciting theological reflection on various aspects of mission and how mission is rooted in the local “church”.


I think Standing has done an interesting job of providing the right balance of contextual stories and theological reflection.


And indeed, the ordering of the chapters is quite enlightening too. He blasts you with lots of contextual examples, before filling in more of the theology.


The book’s enigmatic title comes from a quote by Emil Brunner,

While the book itself looks thoroughly deserving of reading, my own particular long-awaiting excitement was due to one of the contextual stories. Written by my former tutor at Cranmer Hall, Michael Volland.


Three years on from the initial vision, for pretty much the most exciting piece of missional work I’ve ever been a part of, it’s good to remember and reflect on why we did what we did.


It’s also helpful to reflect on where my faith journey has taken me since then.


And also where the journey of the Beat Eucharist has taken it since then.


A good number of bishops. A number of gatherings. It’s been adapted for use at a Speak conference. It’s had prayers used in youth congregations. We’ve heard of groups sitting around sharing the Eucharist, outside the context of traditional church settings. It’s been adapted and parts of it remixed and used in Holland, Germany, Belgium and Poland. It’s travelled across the Atlantic.


And I’m no writing this to boast. Because the elements of what we as a “Collective” did, were never ours anyway, only the Holy Spirit’s. God took the energy, the enthusiasm and the excitement of a few folk and used it for the purpose He wanted it for.


At its heart, the Beat Eucharist was all about sending people out, empowered to work for God’s glory. To see it written about in a book on the subject of mission emerging out of local contexts is a beautiful tail end to this story.
Posted by BeatLiturgist at 22:22